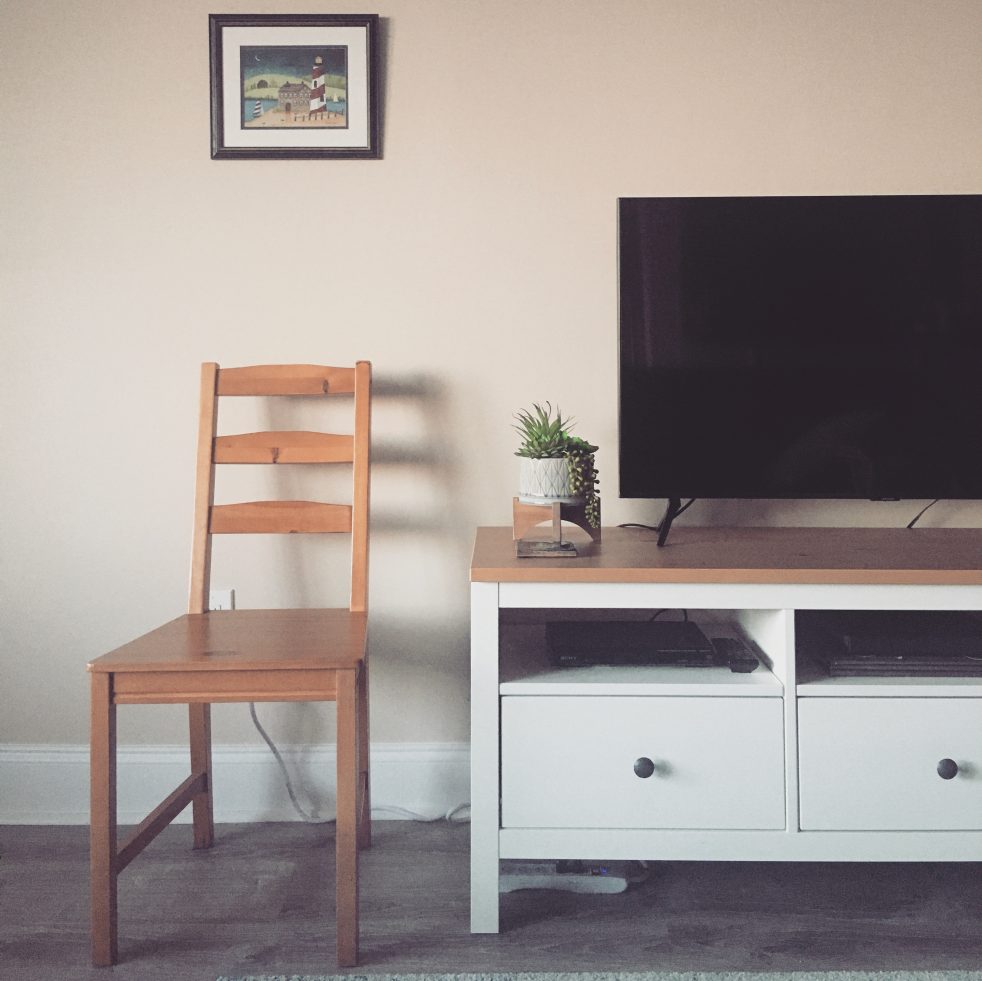 One unexpected aspect of minimalism is maximalism in mental clarity. Whether you want it or not, you have more capacity for self-reflection, for internal debate, creative thought, and circumstantial realization- for confrontation, and coming to terms with things you’ve been ignoring, procrastinating, or denying. Minimalism clears both your physical space and surroundings as well as your mental space. It presents possibilities and dilemmas and gives you a power so valuable and defining – that of choice, and of diving into the unknown.

When I was little, my dad used to read to my sister and me nightly. I remember one book called Katie’s Picture Show by, James Mayhew. My sister, having the same name as the protagonist, is the owner of this childhood treasure now. Katie (the character), would visit the art museum with her grandmother and would dive into famed artworks during unsupervised moments and find herself part of the paintings that she visited, experiencing the depicted moments first hand and, sometimes, finding it hard to get back to reality. As a child who escaped into my own imagination frequently, I used to identify with the character, though over the years, I discovered that I lost that ravenous drive to wander uncharted territory.

Imagination is a wonderful and daring noun, a muscle that weakens if you do not exercise it, a gem so precious and in need of polishing that its shine dulls with lack of display to the point of fading into the background of miscellany present in the section of your mind containing repressed memories and rusty tactical skills. It gets pushed deeper into the shadowy corners of your mental attic each time you opt to expend your energy on something else you deem more important.

I have learned that I am a person who finds it difficult to focus on too many things at once. I put all that I am and all that I have into nourishing what I would miss most if it were gone.

As a child, I threw myself into art, writing, and friendships- as a late teenager to now, I have devoted myself completely to an enduring love, family, and companionship. I ask myself often why I do not devote much time to exercise the skills that were once my greatest strengths, the hobbies that were my raison d’être as a child, and I am frequently met with frustration and disappointment in myself for not giving them the energy and time they should deserve.

I pull the chain to the overhead lightbulb over the box with my imagination every once in a big red moon, searching in half-hearted attempts to find that missing part of me. It usually happens in times when I notice that other friends or acquaintances are more talented, creative, driven, and successful in hobbies that I used to be good at. I realize now that that is the wrong fuel for the search.

You need to seek your imagination for its own sake and nothing else. Stop giving a flying fork how good someone else is at “your” hobbies. They deserve to be good at their hobbies and their success should be a separate entity from you and your life. If they are your friends or family, you can even go ahead and be proud of them. Comparison can be mentally unhealthy; I know it has been for me.

Minimalism has taught me to recognize the things that are most important to me in my personal now, the things that I get joy out of as well as those things that I feel are lacking. It has taught me to realize the once defining aspects of myself that I unintentionally minimized somewhere along the way but also that I have the potential to recognize when I need to nurture those skills again even if I need to pick up some extra elbow grease at Shop-Rite in order to succeed at them (by my own personal standards and no one else’s).